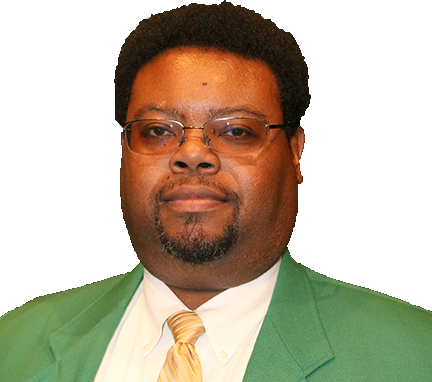 Mr. Rayner is currently pursuing his Masters in Music Education from Georgia College & State University. Prior to this, he has worked towards his Masters in Music degree with an emphasis in Instrumental Conducting at Georgia Southern University, where he also received his Bachelor of Arts in Music Education in 2001. Mr. Rayner also serves as a band adjudicator for various marching band competitions in Georgia. Mr. Rayner also serves as a percussion coordinator for the Georgia Music Educators Association (GMEA) All-State Band for over 15 years. Mr. Rayner has arranged, consulted, and served as a clinician for many band programs and Drum & Bugle Corps within the state of Georgia and Florida. During the 2008 Georgia Music Educators Association In-Service Conference in Savannah, GA, Mr. Rayner was one of the featured clinicians and presented a clinic entitled, “The Pit is NOT the Pits!” Mr. Rayner presented at the 2021 In-Service Virtual Conference with the session, “Setting Your Band Director GPS.” In addition, Mr. Rayner has served on the GACE Bias committee and the GACE passing score committee for the state of Georgia in Music Education.

Mr. Rayner has been married to Kimberly Rayner for 20 years and now has six loving children, Madelynn, Marcus II, Malcolm, Matthew, Micah, and Madecynn. Marcus is an active member of GMEA, PAGE, NAFME, and PAS and also enjoys working and recording on several gospel and jazz albums. Being a mentor to students, educating students, and performing music abroad is one of Mr. Rayner’s greatest passions. Mr. Rayner’s favorite inspiring quote of his is:

“A Superior Performance is a Direct Result of Superior Preparation, P.R.D.I.E. & Passion!”

Sorry, but there was nothing found. Please try different filters.